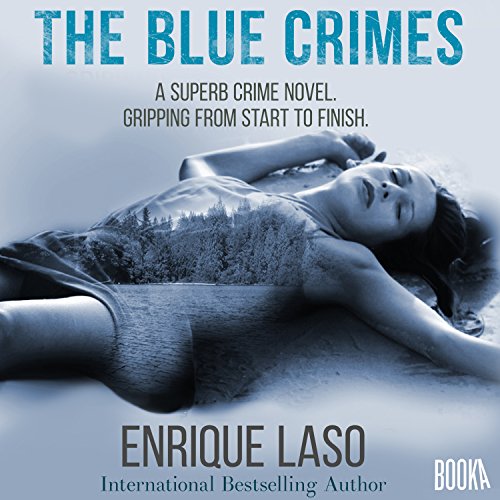 Avedon if only
2,0 de 5 estrellas Awkward read
Revisado en los Estados Unidos el 4 de julio de 2020
Compra verificada
Mr. Laso clearly is not a native English speaker and his writing reflects his unfamiliarity with conventional English vocabulary and sentence structure - the syntax is occasionally so jarring as to interrupt the story. Which is a pity because Mr. Laso tells quite a good story...Ethan Bush, his protagonist, is a thirty year old self-absorbed narcissist with a degree in psychology and a very high opinion of himself. He weeps frequently, is secretive about sex and is submissive to authority figures. Apparently Bush will feature in some sequels so it will be interesting to see if his character matures or whether he remains an emotional adolescent FBI Agent Savant who expresses himself in strangely-structured sentences. Mr. Laso would benefit from having a good editor to clean up his manuscripts...
Leer más
Informar de un abuso
Traducir reseña a Español

lroger
4,0 de 5 estrellas Crime Thriller that Won't Disappoint
Revisado en los Estados Unidos el 18 de abril de 2015
Compra verificada
This book is a strong crime thriller, but it isn’t unique enough to stand out against other books in this genre. I finished it, though, because it is against my moral code and personal sanity to put down a mystery book without finishing it.

The plot follows an almost pattern-like story of Ethan Bush , an FBI agent whose team is brought to the Midwest to solve a mystery involving a serial killer. While the Midwest aspects add a unique factor (this isn’t Law & Order: SVU in a cosmopolitan city), there really wasn’t that much else to differentiate it from another book. Ethan is a dynamic protagonist, and I was glad to follow him throughout the book.

The narration is very vivid and I could picture scenes as if it were on television, which speaks highly of the author’s writing ability. I would recommend it to people who are looking for a crime thriller and don’t really have any pressing needs or expectations, but for the seasoned reader of this genre, I would caution that it may not be the most memorable book. It is definitely entertaining and intriguing though! So it is a very well-written book, just not exceptional.
Leer más
A 2 personas les ha parecido esto útil
Informar de un abuso
Traducir reseña a Español

Ethan Bush is the FBI special agent in this thrilling and horrendous case; his specialty is criminal, psychological profiling, (Unit Behavioural Analysis )
If you like CSI type situations you will enjoy this story as Ethan and his team endeavours to solve the mystery of two bodies discovered in a lagoon. They have been brought into this case to shed light and get to the bottom of the horrendous murders, as they are the experts in their field.
There are side issues that will also keep the reader interested in this formidable story, with the many twists and turns that occur before the reader reaches the tantalising finish.
Enrique Laso as the author of The Blue Crimes has a wonderful and informative way to bring the reader into every scene as if they were there.
I would certainly recommend the reading of The Blue Crimes; you will not be disappointed. I certainly enjoyed every page.
Leer más
A una persona le ha parecido esto útil
Informar de un abuso
Traducir reseña a Español

Grady Harp
5,0 de 5 estrellas `You must find who did this to me.'
Revisado en los Estados Unidos el 28 de marzo de 2015
Compra verificada
Enrique Laso was born in Badajoz, the capital of the Province of Badajoz in the autonomous community of Extremadura, Spain, situated close to the Portuguese border, on the left bank of the river Guadiana, in 1972. Although professionally he has always been linked to the world of marketing and communication, literature is his true passion. He began writing in his teens and in 1994 won the Murcia youth national prize for his poetry collection 'Lost children'. In 2005 he published the short novel 'from hell', adapted to film in 2014. He has published several novels under pseudonyms, the only one revealed by the author is Henry Osal who has signed several self-help manuals. 'The sound of the dead' is the novel with which he has had more success. It has sold more than 250,000 books and has been translated into 12 languages. He has won numerous literary competitions throughout his extensive literary career. For personal reasons, he did not write for almost ten years, until in 2005, when he revived his passion, and since then he has dedicated himself to writing whole-heartedly.

Enrique knows his way around mystery thrillers and of interest this Spanish author has placed his current story in the heartland of the American Midwest. He opens his story with a rather gruesome setting: `By the time they called me, a whole week had passed since the second body had been discovered. This was a setback as much of the evidence would have disappeared by now and I'd have to work with what little evidence the local police, unaccustomed to these types of crimes, would have been able to collect. Luckily I had been allocated a competent enough CSI unit and as we flew from Washington to Kansas City International Airport, we imagined, quite rightly as it turned out, that the crime scene will have been spoiled by dozens of well-meaning but clumsy Deputies. Liz, who I already knew professionally from the only case that I'd worked on up to then, handed me a folder containing photos; the cyanotic bodies of two naked girls, abandoned in a lagoon, like the unimportant remnants of a quiet morning picnic. I was staring into the open eyes of one of the young girls, who could not have been more than twenty years old, when I was struck by her plea: "You must find who did this to me." Horrified, I turned the photos over and looked out the window of the small Gulfstream III; we were already over the state of Illinois.'

We meet Ethan Bush, and FBI agent, haunted by the fear that his initial success with the FBI may not be reproducible and that he may be destined to fail. But he is assigned a cold case - in addition to the two cyanotic girls mentioned earlier, there is Sharon Nichols who was not exactly killed yesterday. Her lifeless body appeared in the same place as the other two unfortunates, but in 1998, that is ... almost 17 years ago. It was a case that went unsolved and was eventually shelved, like many others. This is the reason we needed you. We fear that we are facing a serial murderer who has returned to the area ... Who can tell how many victims he might have claimed during the last nearly twenty years!'

And so proceeds Enrique's THE BLUE CRIMES and the manner in which he places Ethan Bush and team in the resolution of crime is tense, suspenseful, and at all times involving. This is quality mystery writing by a voice new to most of us - a welcome addition to the thriller genre. Grady Harp, March 15
Leer más
A 3 personas les ha parecido esto útil
Informar de un abuso
Traducir reseña a Español
Ver todas las reseñas
Volver arriba
Conócenos
Gana dinero con nosotros
Métodos de pago Amazon
¿Necesitas ayuda?
© 1996-2021, Amazon.com, Inc. o afiliados. Todos los derechos reservados.