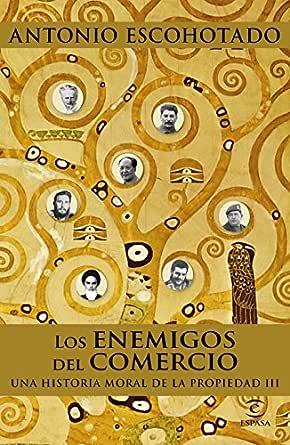 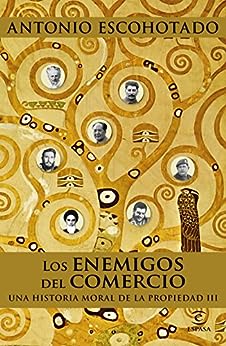 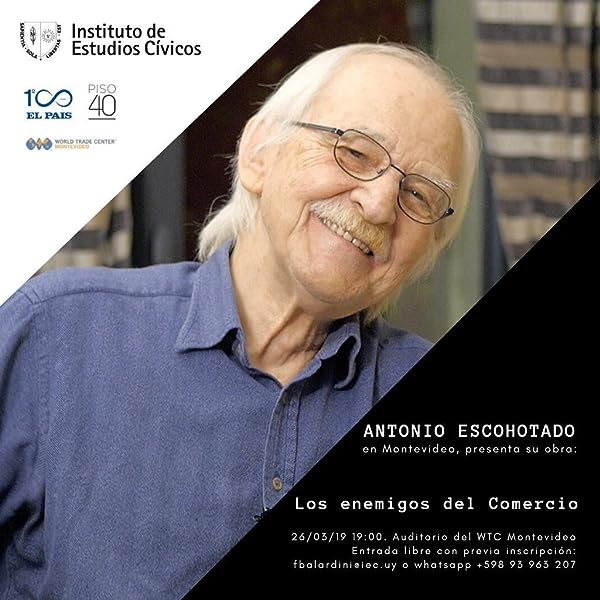 Amazon Customer
5,0 de 5 estrellas Brilliant
Revisado en Canadá el 5 de agosto de 2019
Compra verificada
This is the final volume of an unparalleled work on liberty, the free comerce and its enemies throughout history. In the final book of the trilogy, Escohotado compiles, masterfully organizes and delivers an impressive body of knowledge about the often bloody history of the XX century. From the Bolshevik revolution and its antecedents - with many interesting details about the lives and relationships of some of its main characters - to the other self-righteous revolutionaries across the globe that tried to obliterate private propery and individual sovereignty, to the valuable teachings of Kojève and Camus, or the late post-modern thinkers that managed to reinvent a then decrepit ideology in the second half of the XX century. This book is a must read, and one can only hope for its English translation in order to have the worldwide recognition it deserves.
Leer más
A una persona le ha parecido esto útil
Informar de un abuso
Traducir reseña a Español

Luis
5,0 de 5 estrellas these guys and the gang of recognisable left-wing revolutionaries conform the ideals and hopes and best adjectives of such a lar
Revisado en los Estados Unidos el 1 de marzo de 2017
Compra verificada
Yeah, this book (3rd one in a trilogy) should be mandatory reading and a best-seller. Would have been close had it been published in English, but Spanish doesn't have such a reach... yet! The story of how protection and the theft of liberties by communists and the people who live in resentment of others' liberties has unraveled throughout the centuries, from Biblical times to today. Hard read, this is for erudites, or almost. Style is tough because also the content and thoughtfulness is dense. It is just full of surprises, even for the author, as he often expresses them. Meaning, the discoveries he made as he applied 12+ years to this trilogy. Clear, to the point, when he relates points of maximum interest, such as the fact that all professional revolutionaries have been daddies boys who lived of off their mother's and father's rent or from, oh so often, just scrounging their friends' money in the most devious of ways. Or the little known fact of all the communist or collectivist sects that conformed the very first few decades of the US of A and its establishment as a country; or how during Lenin's first five years in power, 1.5 million people died in the initial civil war, but about 15-20 M died of hunger and starvation through the next few years. And still, these guys and the gang of recognisable left-wing revolutionaries conform the ideals and hopes and best adjectives of such a large portion of world population. Oh well, for every shirt and T-shirt with Che's effigy there is an ignoramus (or worse, an evil cretin if the person knows) who refuses to know or find out what a cold-blooded, blood-thirsty killer he was, bordering if not right on the line on genocidal. Of course, this happens mostly in our first world, where the hiked up welfare services provoke a strange group of numerous people who feel hatred towards this liberty they get to say anything (almost) they want. Who feel resentment against the system and they want to compensate the destitute... of course, with your money and your resources, as they steal them. It goes without saying that they have never produced anything but bad speeches and apocryphal thoughts and accusations of everything and worse if you dare question their facts or motives, even from the simplest objection.
Leer más
A una persona le ha parecido esto útil
Informar de un abuso
Traducir reseña a Español