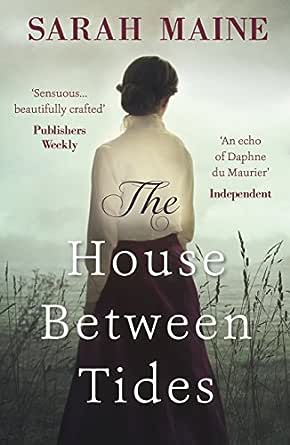 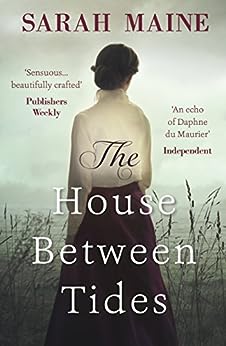 "The House Between Tides reminds me of books written by Phyllis Whitney, Victoria Holt or Mary Stewart in that they all have the same style of writing, moody, dark and atmospheric stories that involve romance and mystery where the male characters are often brooding and the women are bound to fall in love them in spite of their moodiness and mystery."-- "Celtic Lady's Reviews"

"Evocative...Much is left up to the reader to interpret, which showcases the skill of this debut author. The novel is a haunting story of loss and longing in an unusual setting. Recommended."-- "Historical Novels Review"

"I really enjoyed the ambiance of the book... It felt like a great harmony between the environment and the mystery taking place. You could feel the mood of people in keeping with the landscape, the mood adapting to the elements... A very enjoyable atmospheric novel, spanning over a few generations, rich in landscape descriptions and suspense."-- "Words and Peace"

"Maine contrasts Hetty's present-day consternation with the past story of Blake and his wife, delivering details at a perfectly suspenseful pace... the historic mystery will keep readers guessing right up until the end."-- "Booklist"

"Reminiscent of the Gothics of the 1970s, THE HOUSE BETWEEN TIDES by Sarah Maine takes the reader on a stimulating stroll through two time periods, igniting the senses with a classic mysterious aura. The moodiness of the location easily placed my mind on holiday in the past while unraveling the mystery in the present."-- "Romance Junkies"

"The stark setting proves to be the perfect backdrop for Maine's well-plotted debut. The novel weaves secrets from both past and present with a bit of a romance and the feel of the Outer Hebrides to build a mystery that is as eerie and complex as the house of Muirlan itself."-- "Shelf Awareness"

Maine skillfully balances a Daphne du Maurier atmosphere with a Barbara Vine-like psychological mystery...The setting emerges as the strongest personality in this compelling story, evoking passion in the characters as fierce as the storms which always lurk on the horizon. A debut historical thriller which deftly blends classic suspense with modern themes."-- "Kirkus Reviews" --Este texto se refiere a la edición paperback.

Sarah Maine was born in England but grew up partly in Canada before returning to the United Kingdom, where she now lives. She is the author of The House Between Tides, Beyond the Wild River, and Women of the Dunes. --Este texto se refiere a la edición paperback.

Rebecca Holmes
5,0 de 5 estrellas Past, present and a wild Scottish island.
Revisado en Reino Unido el 29 de enero de 2019
Compra verificada
It''s easy to read the blurb on this and think 'Oh, here we go, another book about a young woman who inherits a place from an elderly relative she hardly knew, makes a new beginning, blah, blah, blah...'
This book isn't like that. Not to give anything away, it's far more complicated, in a good way. I often have mixed feelings about novels that alternate between different times, but this works, the only slight disadvantage being that I hated being torn from one set of characters to switch to the other, but I soon adjusted. The wild beauty of the island is very much a presence right through the book. If you've ever wandered through the ruins of an old house and wondered what went on, you'll enjoy this.
Leer más
A 70 personas les ha parecido esto útil
Informar de un abuso
Traducir reseña a Español

Wendy McFarlane
5,0 de 5 estrellas one of the most beautiful places on earth
Revisado en Reino Unido el 30 de marzo de 2017
Compra verificada
I have just finished reading this and felt compelled to write a review as it has had my heart racing for the last final chapters. Set within the Outer Hebrides, one of the most beautiful places on earth, 1910, Theo Blake a renowned, eccentric, wealthy artist takes his new wife to live among the impoverished crofters with whom there seems to be an ongoing conflict surrounding property, land and bitter feudal hatred.He is a man of conflicting emotions and a century later, when his descendant Hettie arrives on the Island to claim her inheritance, Muirlan House, discovering the remains of old bones beneath the property, the truth of the life of eccentric artist Blake comes under investigation by the police. I have to say the star of the book has to be the author's talent at describing the life of the residents on these islands and the wealth of wildlife resident there; in other words the Island is the star of this book. It quite simply takes your breath away. She captures the essence of life within the crofting communities, the struggle to survive season by season against a backdrop of fantastic scenery, wildlife, crashing stormy seas and you're sort of so enraptured by it all, you feel "there" all the way through, at least I did. I enjoyed both time frames equally and liked the slow pace of the tale, not wanting to hurry the story. The final chapters however do have your heart racing as you imagine all the way through you know who the bones must have belonged to but oh this is such a magical book, I really didn't want it to end. A debut too, what an achievement! She reminded me of the writings of Susan Fletcher who I love, a sort of mystical way of describing settings, almost poetical. Oh I can't recommend this enough. It's going to be the next read in our book group so I hope more people have the chance to share how amazing it is. Highly recommended.
Leer más
A 80 personas les ha parecido esto útil
Informar de un abuso
Traducir reseña a Español

TripFiction
3,0 de 5 estrellas Novel set in the OUTER HEBRIDES
Revisado en Reino Unido el 8 de enero de 2017
Compra verificada
Hetty inherits a large old house in the Outer Hebrides and wants to turn it into a fine hotel. The bones found buried under the floorboards are the least of her problems, as hidden pasts and secrets gradually become apparent.

This debut novel by Sarah Maine takes place over two time periods, the recent past (2010) and a hundred years before (1910). The two timelines are skilfully entwined with Hetty (of 2010) trying to unravel the mysteries of her family’s past, whilst in 1910 the newly married Beatrice is trying to resolve the sudden change in behaviour of her new husband.

Beatrice falls in love with the island as soon as she arrives. As she wanders around the island she meets her new husband’s tenants and workers, and comes to love the island’s thriving wildlife. Her views on all of this do not coincide with that of her husband’s, which gives the reader an interesting view into the social norms of the time. Can Beatrice survive the sudden coldness of her marriage? Will the wild and threatening weather of the Outer Hebrides stay outside the house, or be replicated within? .

Likewise Hetty loves the island as soon as she arrives in 2010, and is enchanted with the old house. However her dreams of turning it into a hotel and bringing new life and energy to the area are not met with enthusiasm by the locals. Hetty starts to investigate the history of the house and the occupants, becoming intrigued with what has gone on before her, and what may be going on now.

The mystery of who the bones belonged to is a thread that continues throughout the story leading to a climax at the end of the book. There are many parallels between the main characters of 1910 and 2010, many of whom are descendants of the earlier characters.

The location is beautiful. Between storms and rainy days, there are visits to stunning beaches, romantic ruins and sighting of seals and nesting birds. Both timelines are set in the summer, and the descriptions of the island make the Outer Hebrides definitely a place to visit for those who enjoy an outdoor holiday.

I found the changes between the timelines jarring. A large chunk of reading would be in one century, then a large chunk in the other. By the time I returned to the previous timeline, I had forgotten the fine detail of what was going on, and the cliff hanger that it had ended on. This made the story a little longwinded for me, though the writing and story itself were excellent. There are a surprising number of editing/typo errors in the book for a professionally published book, which I found quite distracting. Overall however it was a good story, set in a stunning place, with interesting insights into the social norms of 1910.
Leer más

CaSundara
3,0 de 5 estrellas Not as good as I'd hoped but worth the 99p I paid
Revisado en Reino Unido el 11 de marzo de 2019
Compra verificada
This novel didn't seem to know what genre it was and the story suffered as a result. TBH, I think I'd have preferred it if the present day story had been entirely omitted as I found the historical tale more interesting, and more believable, and the present day story--with its many correlations--rather redundant. The mystery was tied up too neatly at the end, too; it was a bit of a cop-out, IMO.

Overall, it was well-written, though the prose seemed tighter in the first half, and it held enough interest to keep me reading to the end; but I certainly didn't devour it and won't be reading it again.