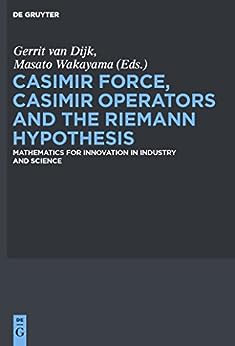 The conference focused on the following topics:

The latter topic was inspired both by the call for innovation in industry worldwide and by the fact that Casimir, who was the director of Philips research for a long time in his career, had an outspoken opinion on the importance of fundamental science for industry.

These proceedings are of interest both to research mathematicians and to those interested in the role science, and in particular mathematics, can play in innovation in industry.